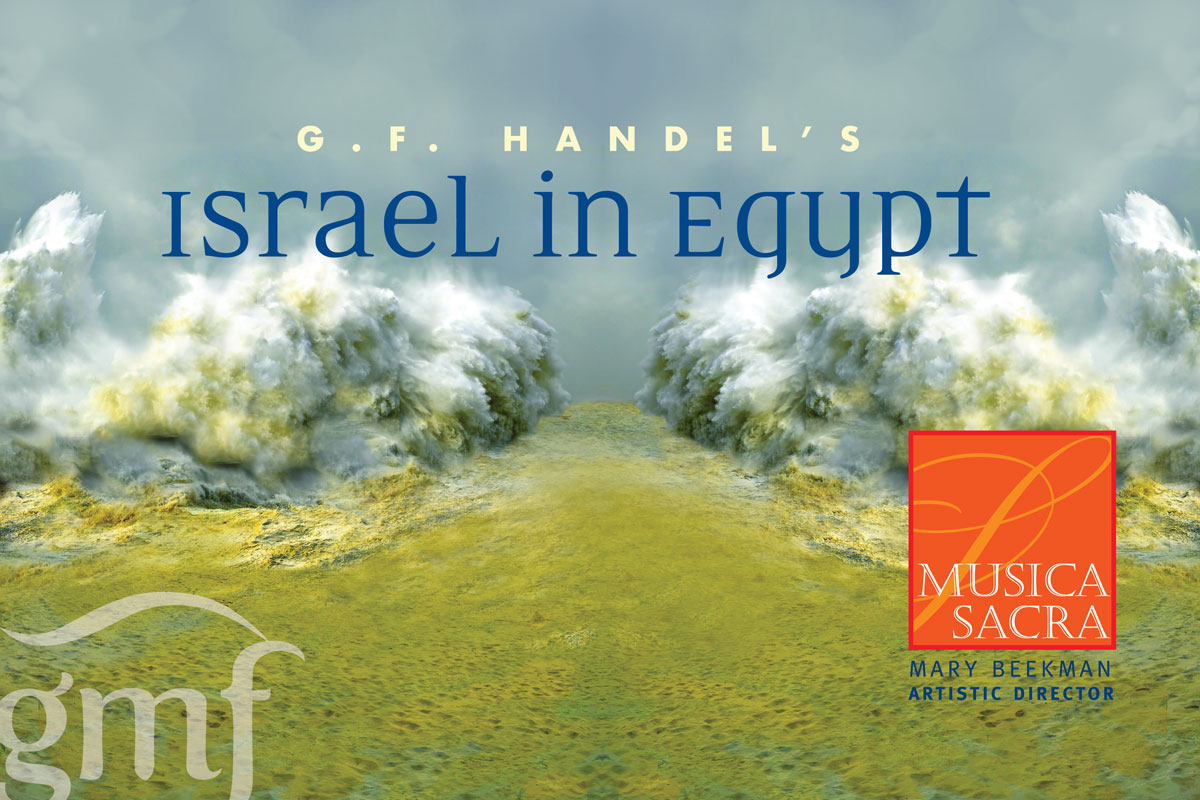 The biblical tale of the Exodus inspired Handel to write some of the most dramatic music of his career, depicting the story in vivid detail from the increasingly unpleasant plagues visited upon the Egyptians to the Israelites’ feelings of exultation and triumph in escaping their oppressors. Join Musica Sacra and our professional soloists and orchestra for this extraordinary musical journey.

From a choral repertoire spanning five centuries, Musica Sacra performs works both familiar and rare, with a crisp passion that awakens the listener to yearnings and joys, sorrows and delights—all that defines and inspires the best in human lives.

Since 1959, Musica Sacra has been performing choral music with the highest standards of musical excellence and a sound that has been called breathtaking, gifted, and uncommonly fresh and direct. Director Mary Beekman, now in her 33rd season, continues to thrill Musica Sacras singers and audiences with a varied and engaging repertoire.

Please consider being a special donor for this rare event in the cultural life of the Cape Ann Community. It is a major undertaking to bring Musica Sacra, the highly acclaimed 40 voice Cambridge choral ensemble, with superb vocal soloists and a large Baroque orchestra drawn from Boston's best to the Gloucester Meetinghouse.

Please contact us at info@gloucestermeetinghouse.org to become a sponsor.