As Halloween approaches, maestro of the pipe-organ and sonic artist Peter Krasinski returns to the Meetinghouse to accompany the scary silent movie ‘Waxworks.’ As in past years, Peter will perform on the sonorous 1893 Hutchings-Fisk organ to the delight of the audience, young and old. A short film, featuring Douglas Fairbanks, called the ‘Electric House’ will open the show.

‘Waxworks’ is a 1924 German horror-fantasy film (Das Wachsfigurenkabinett) directed by Paul Leni. The plot is about a poet hired by the owner of a wax museum in a circus to write tales about Harun al Raschid, Ivan the Terrible and Jack the Ripper. While writing, the poet and the daughter of the owner, Eva, fantasize the fantastic stories and fall in love for each other. 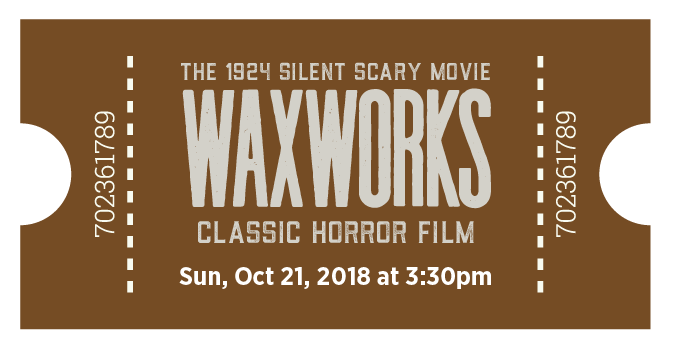