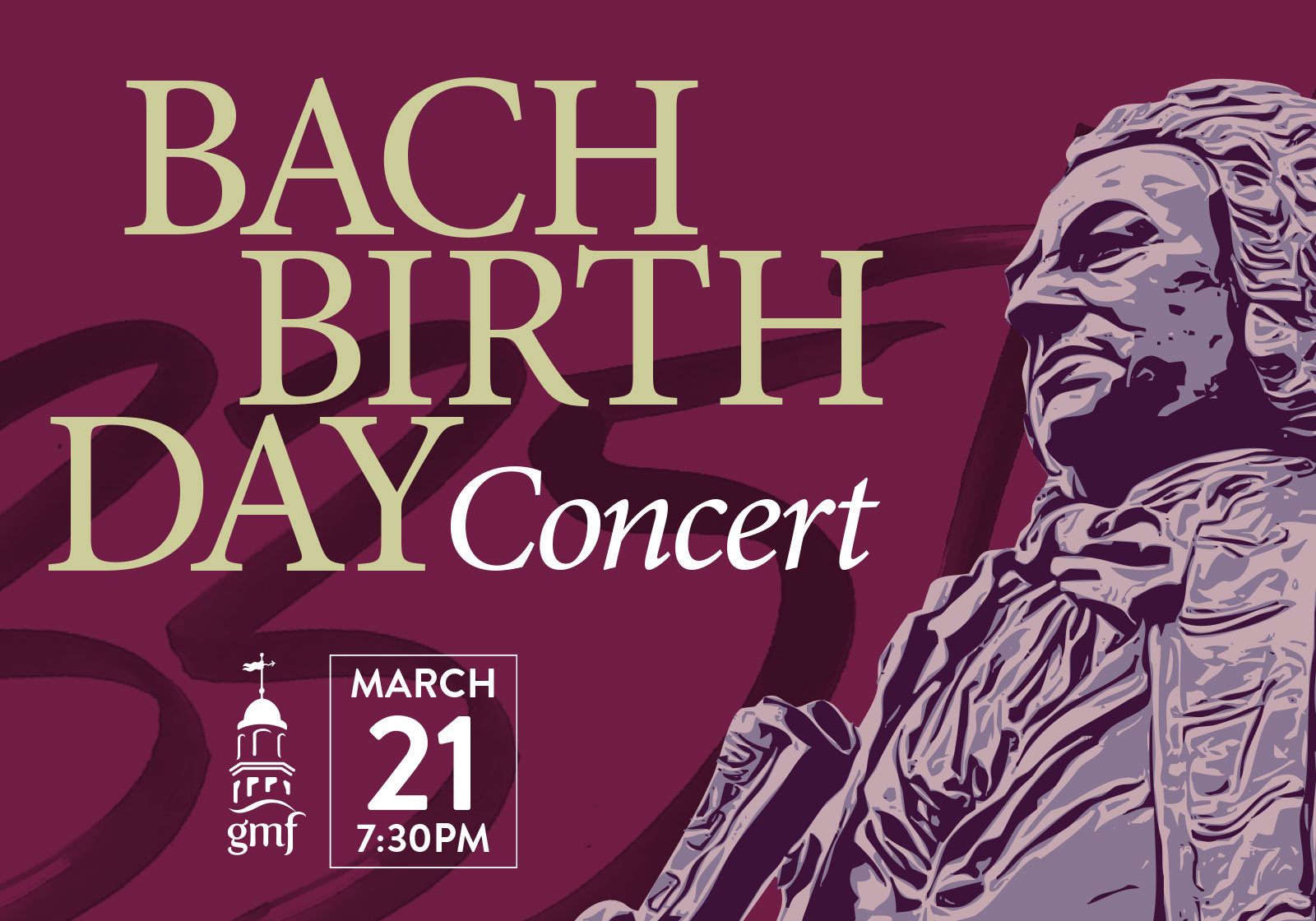 The Gloucester Meetinghouse Foundation celebrates the music of Johann Sebastian Bach with an orchestral concert on Saturday, March 21st at 7:30pm, the 335th anniversary of the composer’s birth. The Bach Birthday Concert is performed by the Appleton Consort, led by Mark Dupere, and played on period instruments. Highlights of the performance include Bach’s Orchestral Suite No. 3, the Violin Concerto in A minor, and the Harpsichord Concerto No. 5. The evening concludes with a performance of Bach’s ever popular Brandenburg Concerto No. 1 in F major. The ensemble, as Bach originally scored it, includes two hunting horns, three oboes, bassoon, violin piccolo, strings, and continuo. Don’t miss this spectacular evening of music by the beloved composer in the Gloucester Meetinghouse, one of the region’s finest concert venues. Tickets available online and at the door.

THE APPLETON CONSORT
The Appleton Consort, directed by Mark Dupere, is named for the town of Appleton, Wisconsin, home of Lawrence University, where Dupere is Director of Orchestral Studies. Samuel Appleton, prominent Massachusetts merchant and philanthropist who had lived in Ipswich, was the father-in-law of the founder of Lawrence University. Appleton made a generous gift to the Lawrence University library, and in gratitude, the citizens named the town for him. Generations of the Appleton family made their home in the Boston area and on Cape Ann with many connections to the area’s businesses and institutions. For example, Thomas Appleton who was considered the finest organ builder in New England, built the first pipe organ in the gallery of Gloucester’s Unitarian Universalist Church in the 1820s.

Mark Dupere is Assistant Professor of Music at Lawrence University. His undergraduate study of the cello led to continued work at the Royal Conservatoire in The Hague, The Netherlands, where he specialized in baroque cello. It was here that Mark met his wife Emily Dupere who completed her studies in baroque violin. Mark has performed extensively throughout the United States and Europe and is featured on numerous recordings. He was named New Young Artist at the Victoria Bach Festival, performed in the Leipzig Bach Competition, and apprenticed with the Orchestra of the Age of Enlightenment in London. As an educator, Mark seeks to share his passion for music-making and active engagement with audiences in the performance of music from all periods.

IN GRATITUDE
The Gloucester Meetinghouse Foundation is deeply grateful to all our 2019-20 Concert and Event Series Sponsors. We extend a special thank you to H. Woody Brock and Scobie Ward for their generous gifts to underwrite the Bach Birthday Concert.

LOCATION AND INFORMATION
The Gloucester Meetinghouse is located at the corner of Church and Middle Streets. The accessible side entrance is at 10 Church Street. Weather permitting, event parking is available on the green and at parking lots nearby in the Historic District. Tickets are available at the door or above. Preferred seating $45; general $30; students $10 with ID; under 12 free.

For the good of the community we are postponing the Bach concert on March 21st and will inform you of the new date when large indoor gatherings are permitted again. 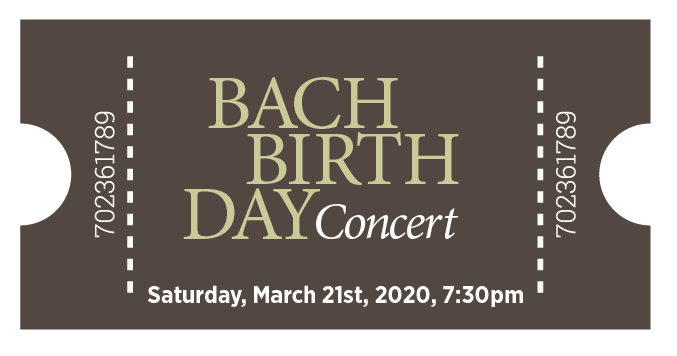