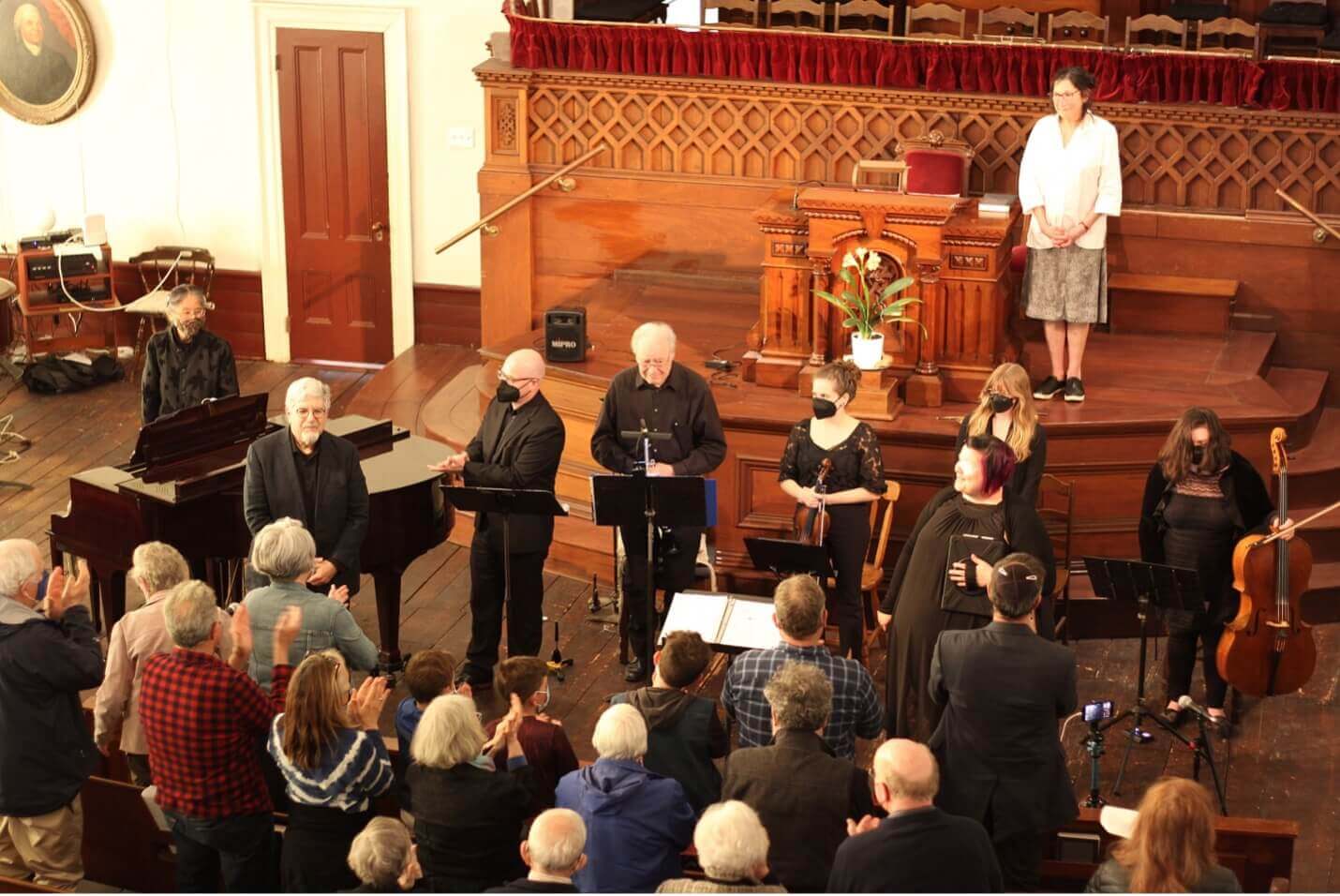 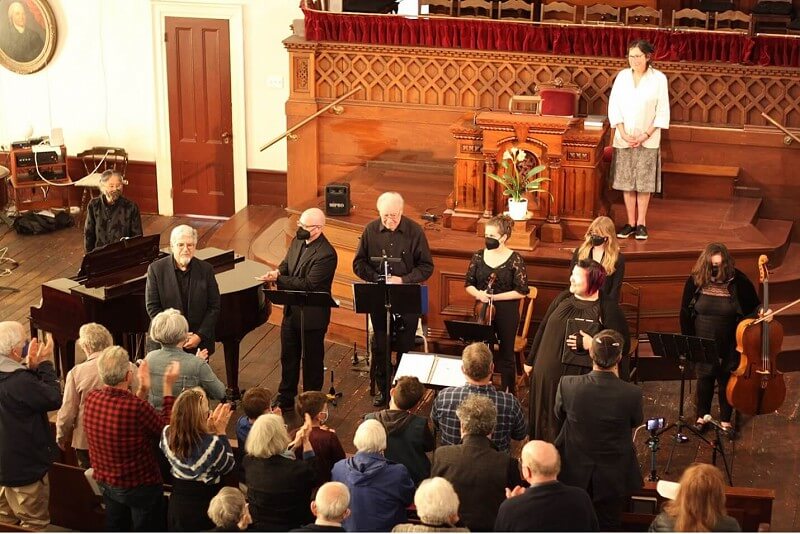 The highlight of a program on the international remembrance day of the Holocaust called Yom HaShoah, that was presented in the historic Gloucester Meetinghouse on Middle Street last Sunday, May 1st, was the world premiere of a composition by Leslie Steinweiss called “The Grip of Evil: The Endurance of Hope. It was performed with narration by Judith Black by an ensemble including strings, flute, clarinet, piano and two vocal soloists, conducted by the composer.  The event was co-hosted by Temple Ahavat Achim and the Gloucester Meetinghouse Foundation.

﻿﻿The program had to be postponed two years due to the pandemic. A group of donors from the Temple, led by Eve and Phil Cutter, commissioned the Steinweiss piece in 2019 and Sunday’s performance was the long-anticipated premiere. 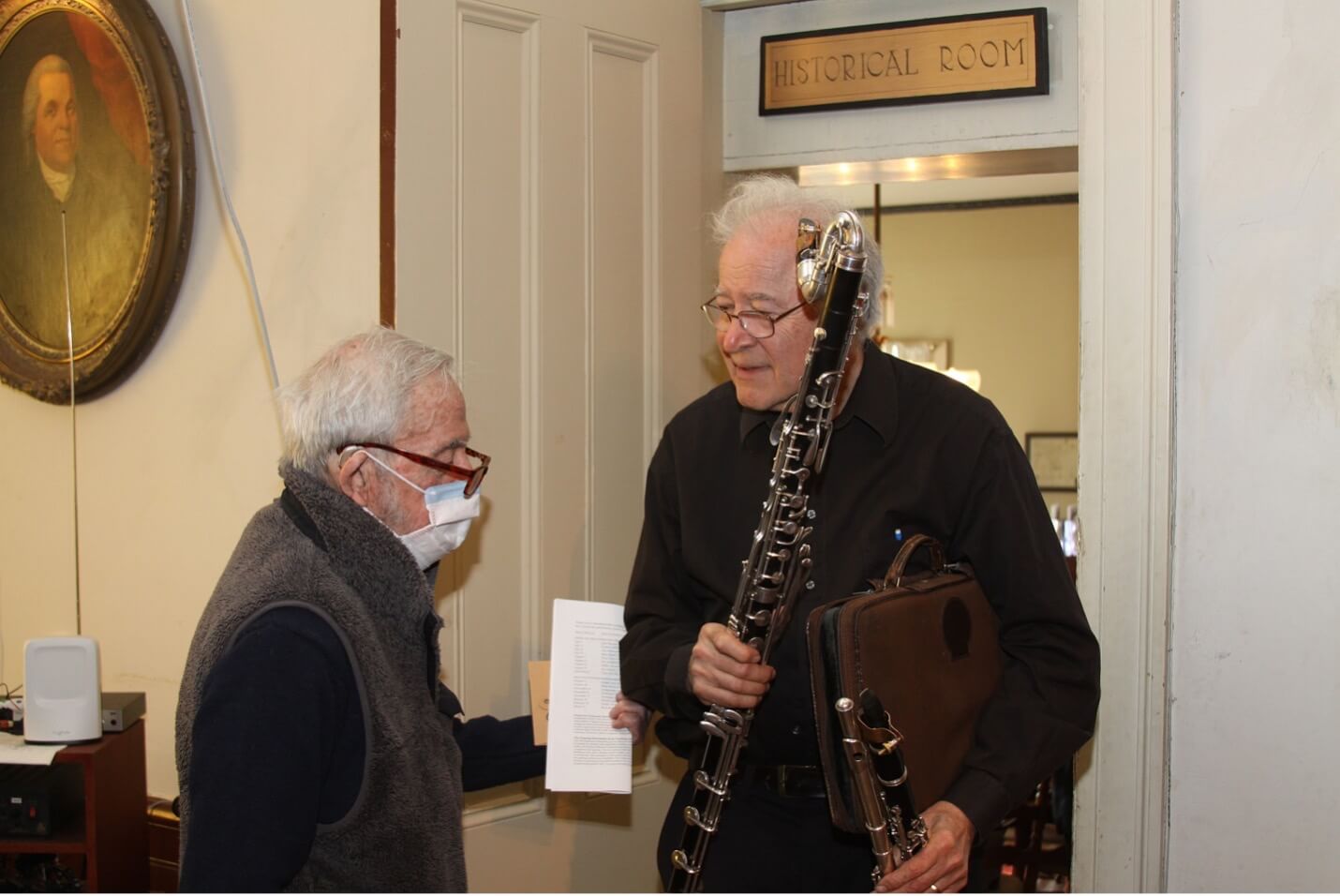 Donor Phil Cutter chatting with Stephen Bates, who played the clarinet and flute

Two other original pieces were performed during the event. Stephen Bates presented his composition called “Remembrance of Things Past and Future” for solo clarinet and Abigale Reisman presented her piece “Gedanken” for string trio. 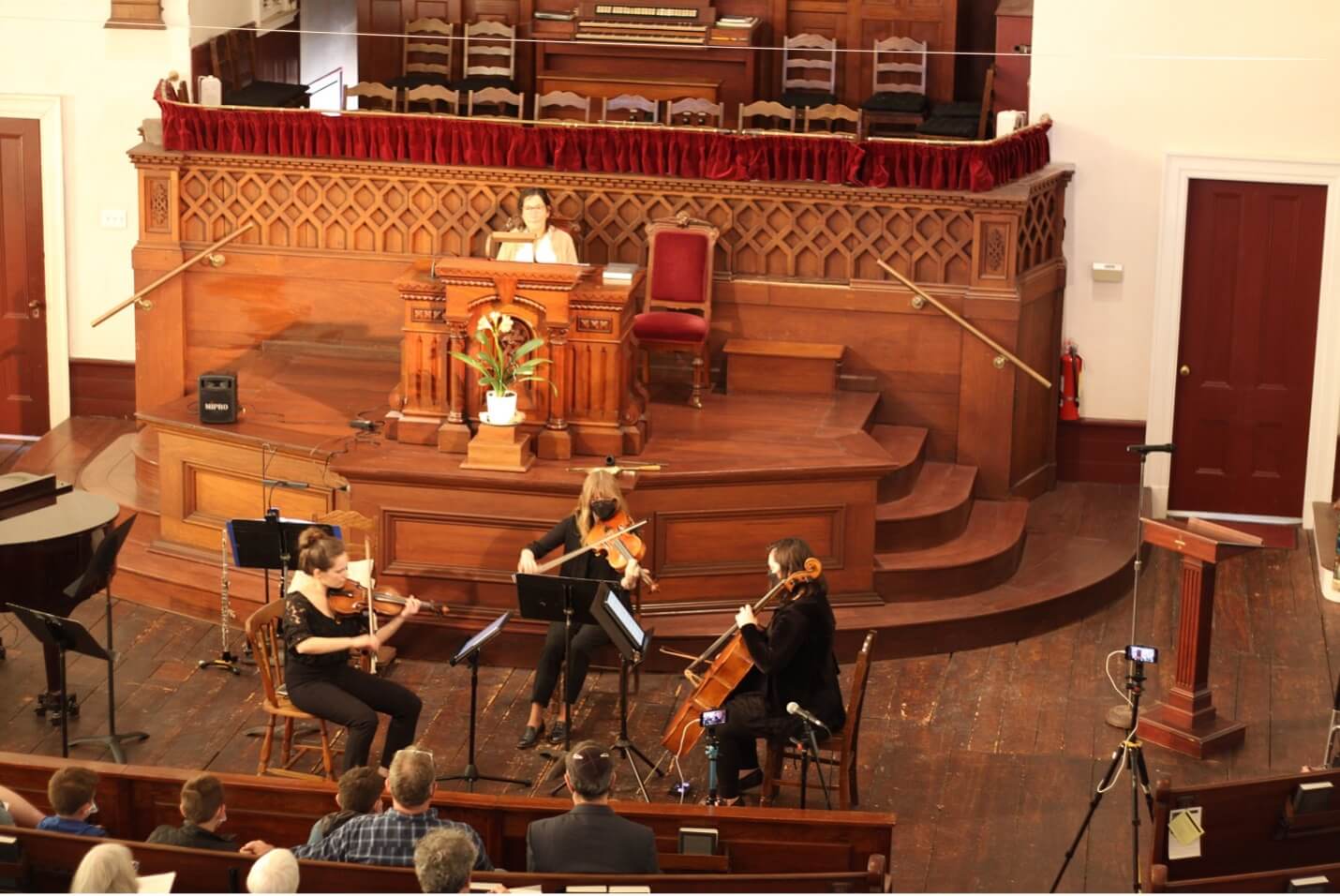 The program included a dramatic remembrance story about the Holocaust presented by Judith Black and readings from the period by Ally Kramer, Hadassa Goldberg and Emma Quateman. 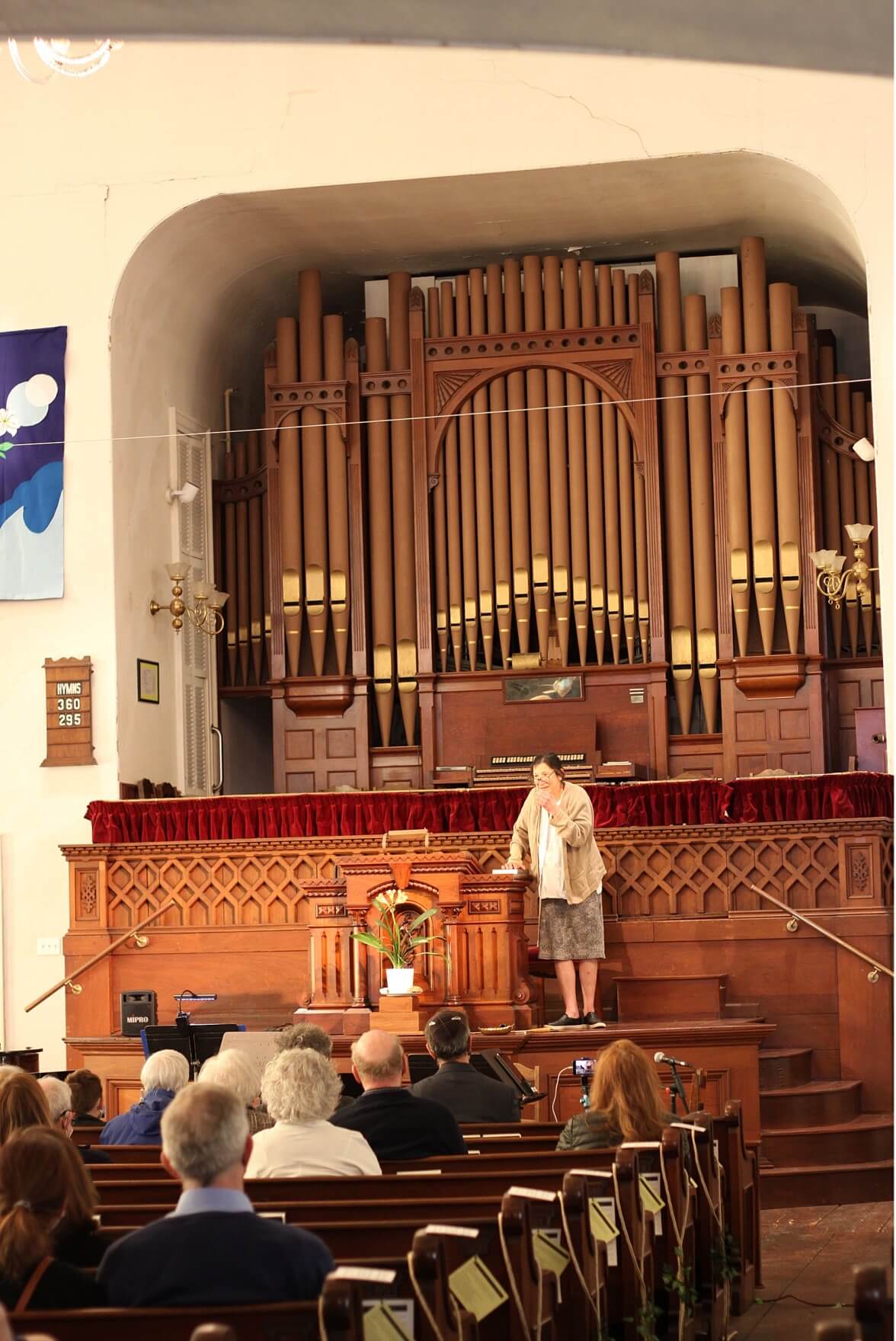 The next program in the spring series at the Meetinghouse is performance of beloved Bach orchestral works including the Brandenburg Concerto No. 5, played on period instruments by the Appleton Consort on Saturday, May 21, at 8:00pm.