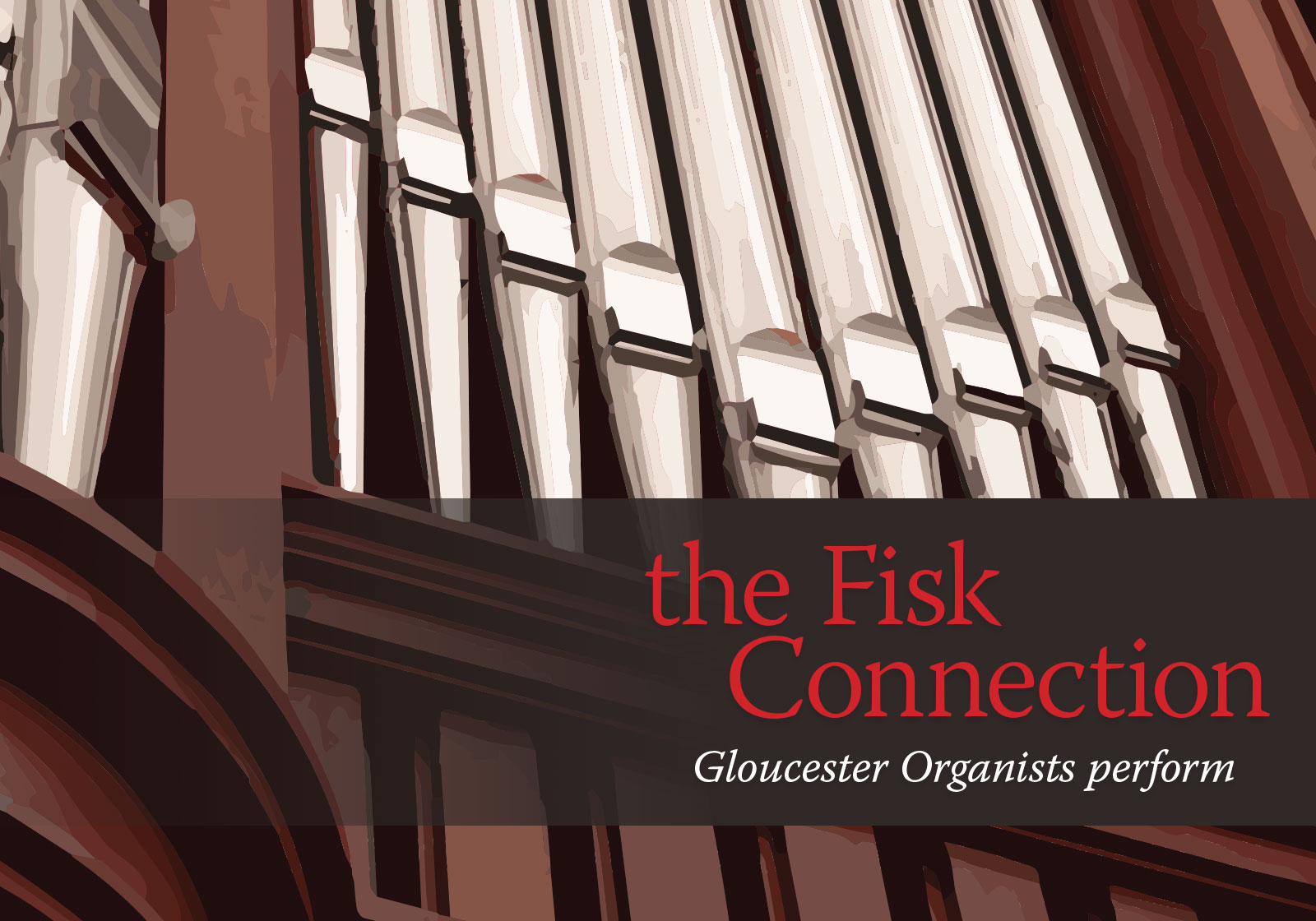 The Gloucester Meetinghouse Foundation hosts a performance by six local organists on Saturday, April 14 first half in the Gloucester Unitarian Universalist Church at the corner of Middle and Church Street and the second half next door in St. John’s Episcopal Church. Doors open at 7:00pm; come early for the best seats. The performers are Kathleen Adams, Frances Conover Fitch, Carl Klein, Michael Kraft, Mark Nelson, and Robert Wech. Each one is connected to the work of the late Charles B. Fisk, whose firm located in Magnolia is world-renowned for superb pipe organs in churches, universities and concert halls. The concert will be narrated by Charles Nazarian describing the connection of the players to Fisk, history of the two remarkable instruments, and information about how the pipe organ sounds.

WHAT TO EXPECT: In the mode of a progressive recital last year by virtuoso organist Joonho Park,  the first half will be performed in the Meetinghouse, home of the Gloucester Unitarian Universalist Church, on the 1893 Hutchings pipe organ, restored by Gloucester organ builder Charles Fisk in 1962.

At the intermission, the audience will stroll next door for the second half of the concert in St. John's Episcopal Church on the 1989 Fisk pipe-organ, the firm’s Opus 97. A reception will follow the concert at St. John’s.

WHAT’S SPECIAL?  This concert is a rare opportunity for Cape Ann residents to hear two pipe organs of historic significance and contrasting characters back to back, performed by organists with individual connections to the work of Charles Fisk.  The Meetinghouse organ was built by George Hutchings, builder of the organ in Boston’s Symphony Hall, and restored in Gloucester by Fisk in 1962.  The innovative St. John’s organ is the only new instrument commissioned from Fisk on Cape Ann, the firm’s Opus 97 completed in 1989.  Although products of different eras in organ building, both instruments feature mechanical (tracker) key action, a wide tonal palette for the performance of many eras of organ music, and exquisite craftsmanship.

WHERE: The concert will begin in the historic 1806 Gloucester Meetinghouse (home of the Gloucester Unitarian Universalist Church), corner of Church & Middle Street with parking on the green. Persons needing an elevator may enter from the 10 Church Street side entrance. The second half of the concert will be performed next door at St. John’s Episcopal Church. Additional parking is available in the St. John’s Church lot. 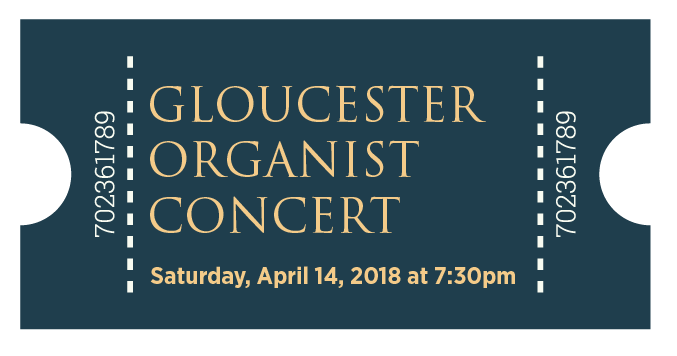